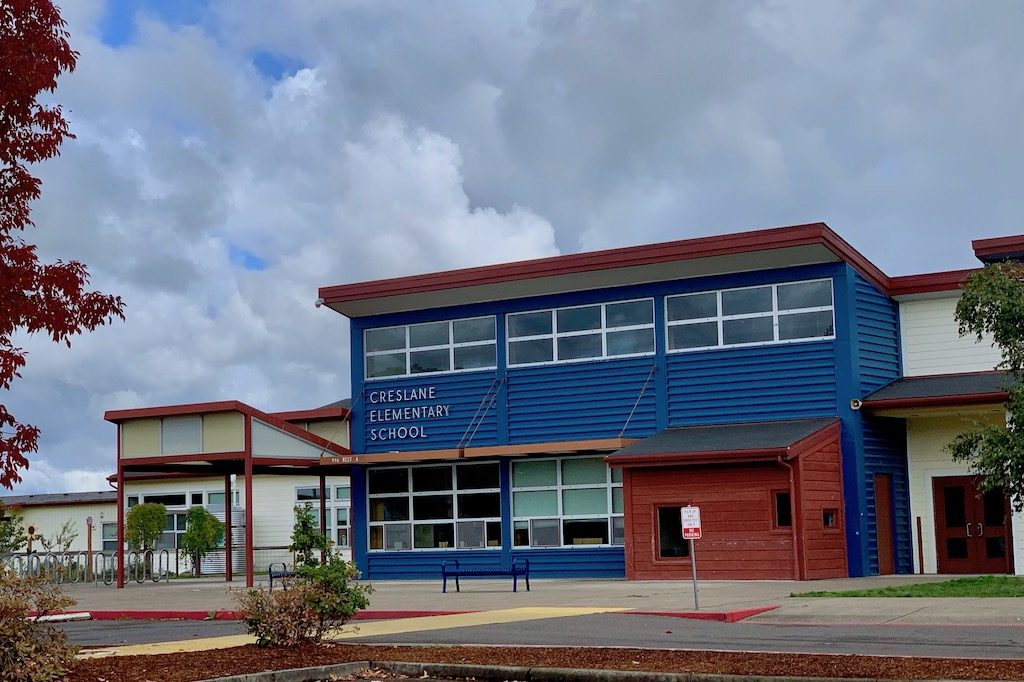 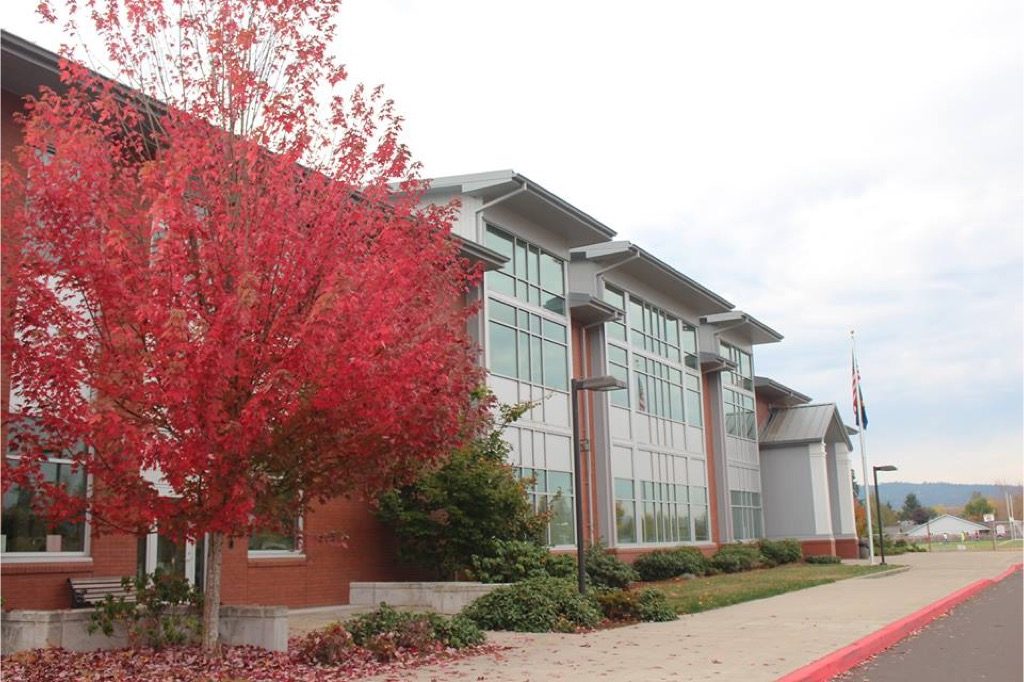 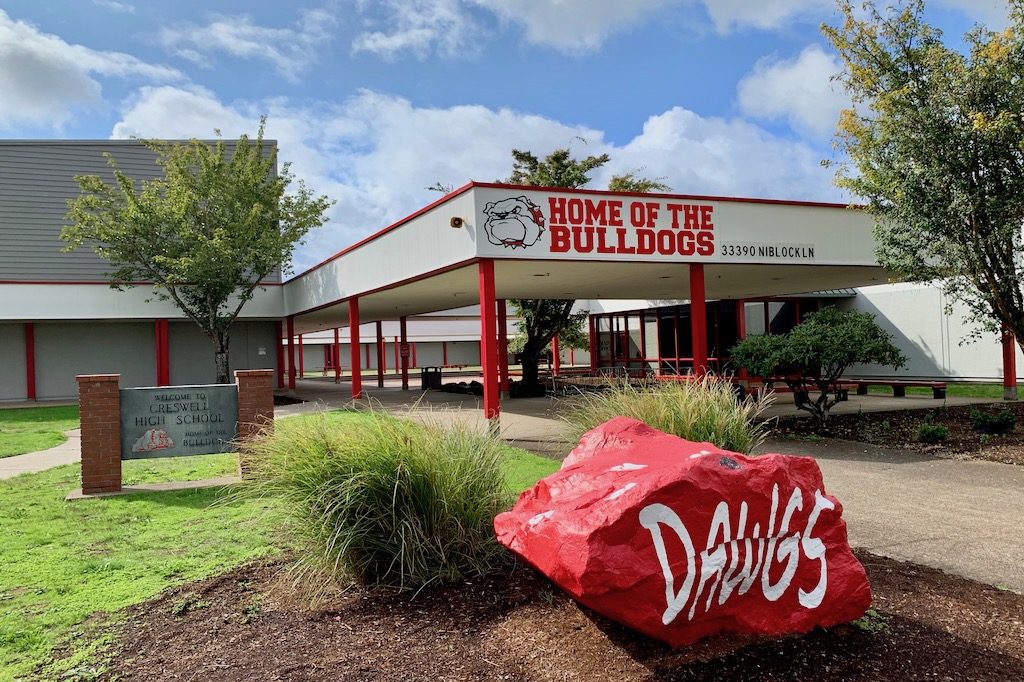 The District operates its own transportation, food service, custodial, maintenance, and technology departments.

Creslane Elementary School was doubled in size in 2001 and serves 500+ students. Creslane is home to a Lane ESD Life Skills classroom, a Preschool Promise program, an early education program, a Family Relief Nursery classroom, and a Family Resource Center.

Creswell Middle School serves nearly 300 students. A bond passed in 2006 allowed for the construction of a new middle school. The new building, which can hold 450 students, has been open since the spring of 2009. The old building was demolished and the space converted to the front parking lot. Creswell Middle School also hosts a Lane ESD Life Skills classroom.

Creswell High School, which serves 350+ students, added a second gym, a student commons and an academic wing in 2001. Creswell High School supplements its elective offerings with a distance-learning program and college-level credits through several Oregon community colleges and universities.

Creswell School District enjoys the strong support of a growing, family-oriented community, including organizations and non-profits like the Creswell Education Foundation, Athletic and Music Boosters, Creswell Food 4 Kids, and Kiwanis. Creswell, with a population of over 5,000, is located in the southern Willamette Valley, 10 miles from Eugene, Oregon’s second largest city. The school district serves Creswell and the rural area surrounding it, an area consisting of approximately 70 square miles.

Known as one of the friendliest small towns in Oregon, Creswell has grown from a farming community into a small city with close ties to the metropolitan area. The city’s location on the rail line, Highway 99 and the Interstate 5 has influenced the local economy and its proximity to Eugene/Springfield, the beach, and mountains make Creswell a desirable location to call home. Opportunities for outdoor recreation abound, including golfing on a PGA course, fishing, hunting, hiking, canoeing and camping.